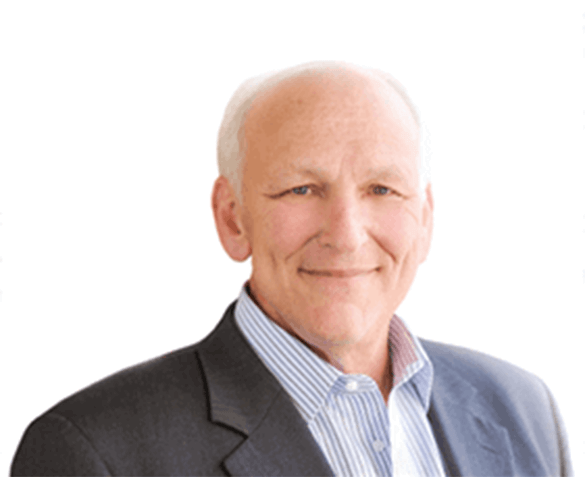 Stark Enterprises was founded in 1978 by Bob Stark when he purchased a single-story retail location in Mayfield Heights, Ohio, while completing his J.D. at Case Western Reserve University. This first investment laid the groundwork for what would become Stark Enterprises. Bob is the creative force of the company and the primary driver of the evolution of the projects created by the firm, from strip centers to power centers to mixed-use “community cores.”

He currently resides in Beachwood, where he finds joy spending time with his children and grandchildren.

After graduating from Brandeis University and receiving his Masters in Real Estate Finance from New York University, Ezra’s career at Stark Enterprises began in 2006. Since then, he has held several leadership roles in Leasing, Development, and Asset Management before being promoted to Chief Operating Officer where he leads strategic planning initiatives and directs day to day operations. In his time as COO, Ezra has grown the company’s footprint to eight million square feet of Class A properties spanning over eight states with a current value of over $2 billion.

Ezra is a member and partner of the International Council of Shopping Centers and was recognized as one of Crain’s Cleveland Businesses’ “40 under 40” for his accomplishments within the commercial real estate industry. He is a donor and supporter of Fuch’s Mizrahi School in Beachwood, Ohio where he currently resides with his wife Rachel and their five children. 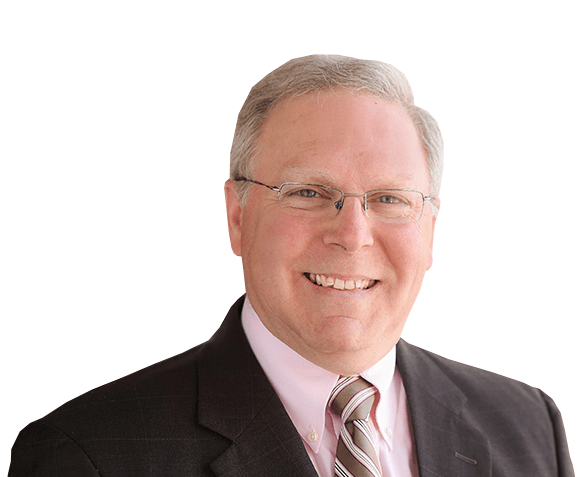 After joining Stark Enterprises in 1992, Ray has overseen all organizational financial and tax reporting, financial analysis, treasury, estate planning, employee benefits, risk management and financing functions. In these capacities he has seen Stark Enterprises grow from a company of 11 employees to one of more than 165 employees and has negotiated and coordinated the closing of financings totaling over $2.8 billion.

Ray resides in Brecksville with this wife, Ellen, and enjoys sports and music in his free time. 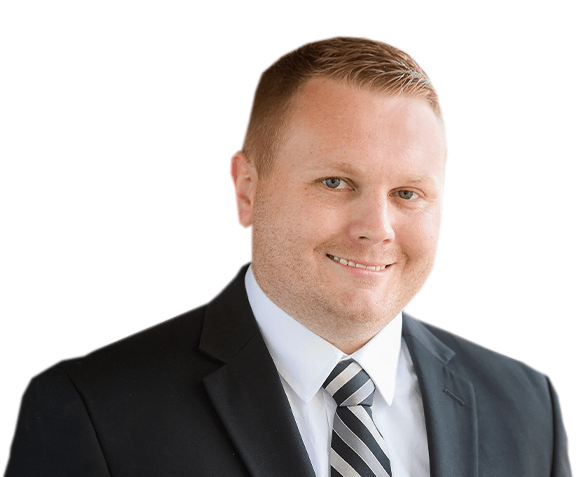 Since graduating with both a bachelor’s degree in Finance and an MBA from Cleveland State University, Brian has spent his entire career with Stark Enterprises implementing key roles within the Finance department. After serving as Vice President of Finance for 4 years, Brian recently shifted to Chief Investment Officer. Brian’s responsibilities include strategic leadership in selecting new investments, sourcing new initiatives, managing current investments within property portfolios, asset management and assisting with investor relations.

Brian currently lives in Brecksville with his wife & 3 children. 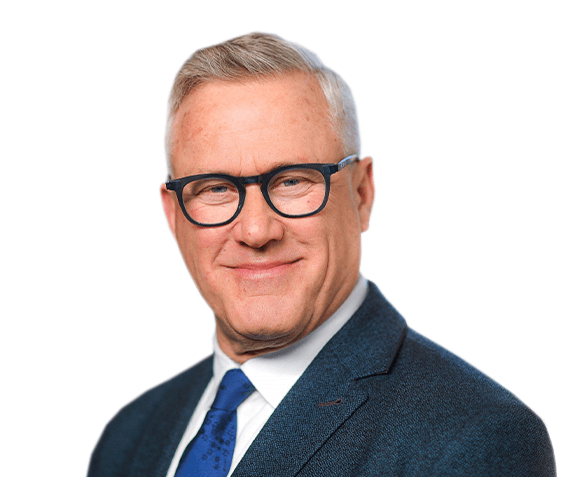 Hank’s career designing and constructing large exterior land and streetscapes as a landscape architect for prestigious commercial accounts later transitioned to a corporate business career with Stark Enterprises, where he has served as Vice President of Operations for over 15 years. Hank manages a staff of over 100 employees and leads the operation of more than 30 shopping centers, residential communities and office suites.

He currently lives in Rocky River and enjoys spending free time with his family in his free time. 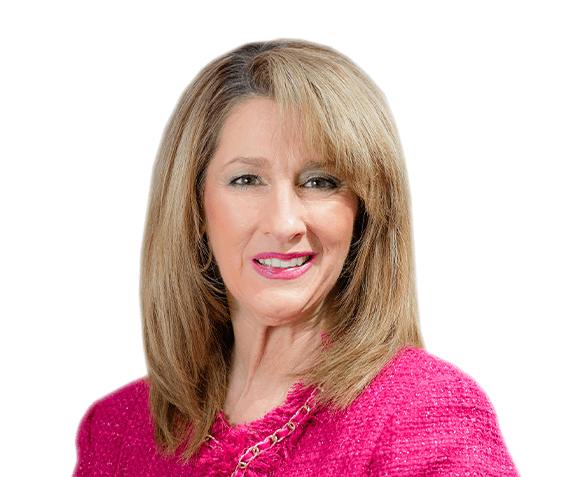 She is an accomplished industry professional and holds key expertise in identifying tenant prospects and managing LOI, sale and lease negotiations. Throughout her tenured career, Lidia has leased shopping center and outparcel space to national, regional and local tenants of all sizes.

Lidia is an alumni of John Carroll University graduating with a BS in Psychology and a concentration in Business Management, and of Notre Dame College where she received her Paralegal certificate. Lidia is a licensed Real Estate Salesperson in the State of Ohio and is an active member of the International Council of Shopping Centers. She is involved in several philanthropic organizations currently holding the office of the Treasurer of Holy Spirit University Foundation, and an Ambassador of the American Cancer Society RearcHERS of Northern Ohio.

Lidia is a Cleveland native and in her free time loves to cook, discover new restaurants, travel, read, and spend time with her husband and three children. 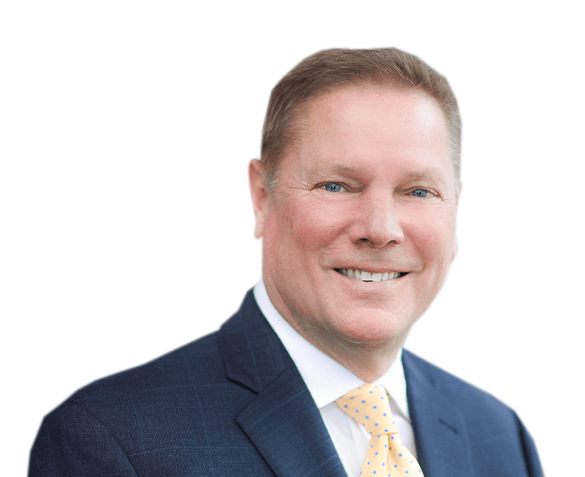 Michael is responsible for attracting, developing and retaining the best team of employees for Stark Enterprises. With over 25 years of HR leadership experience, he has previously held positions with local, national and multinational S&P 500 Index companies. Michael is a certified mediator, has a BS in Psychology and has been a featured speaker on best practices in employee relations. He is committed to providing each team member with a professional, engaging and rewarding experience.

Michael is an avid fan of Lake Erie and all that it has to offer. 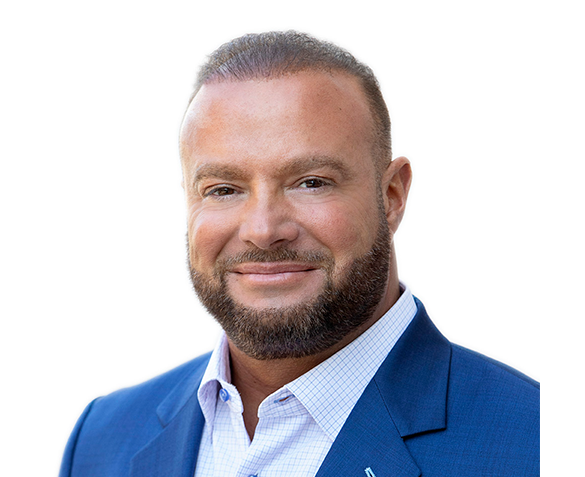 With 25+ years of senior leadership in business development, capital markets, asset management and structured finance for real property markets across a national platform, Nico is leading efforts to increase both equity and debt through a variety of private and institutional capital sources on a national level to help fuel the growth expansion of Stark Enterprises. He is credited with creating several billion dollars in entity level value in the multi-family, student housing, retail and hospitality industries.

Nico completed his Executive education at Harvard Business School and is a BBA graduate of the University of Toledo.

He currently lives in Westlake with his wife and three children. 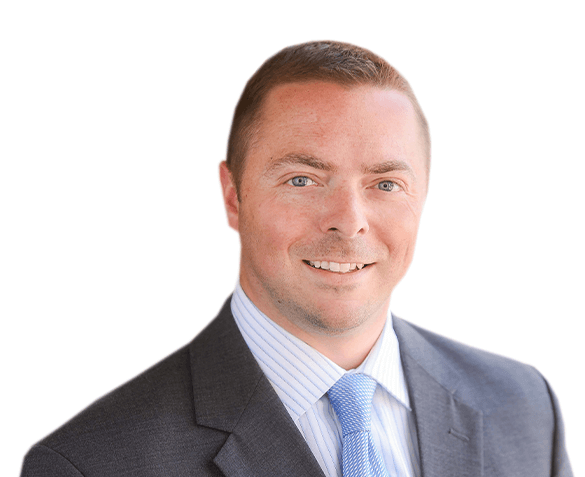 Steve began his career with Stark over 12 years ago in our legal department, became a key part of our development team and has transitioned into the role of Executive Vice President of Asset Management where he is responsible for development of revenue generation strategies, investor relations, market intelligence, and strategic planning for operating assets. Steve also oversees the leasing, commercial operations, residential operations, marketing and asset management departments.

Steve grew up in Cleveland and received his bachelor’s degree from The Ohio State University before attending Case Western Reserve University for his J.D.

He currently lives in Akron, Ohio with his wife and children. 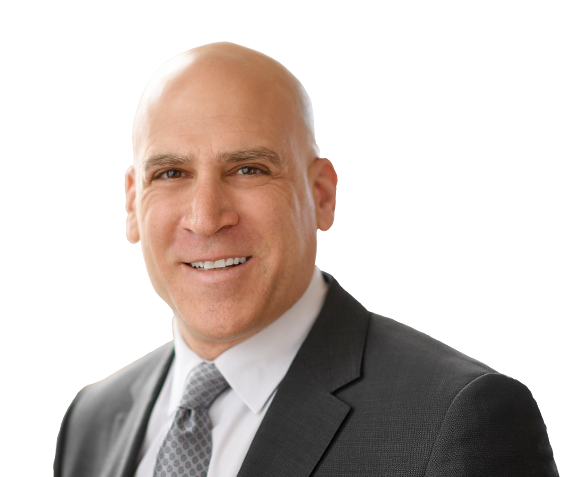 With over 25 years of experience in the multifamily industry, Brian holds a strong expertise in lease-up, stabilized assets, urban in-fill, and mixed-use developments.

Bringing a unique ability to build solid and sustaining teams and possesses strong local market knowledge, he has proven abilities to hire, train, evaluate, and motivate associates. Both a problem solver and a developer of talent, his strengths include budgeting and financial management, due diligence and acquisitions, social media marketing, business development, and strategic planning for distressed communities. During his career, Brian has worked for some of the industry’s most highly regarded management companies, such as Comet Management, Edwards Communities, The Time Group, and Washington Place Management.

Brian is a Cleveland native and currently resides on the East Side. 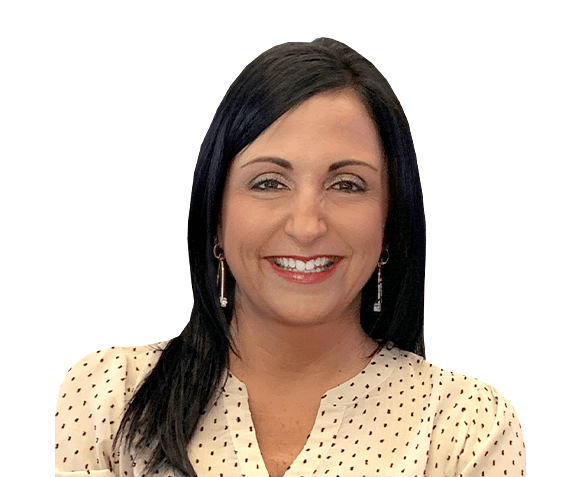 Krista has been with Stark Enterprises for over 14 years, where she has built her career from the Grounds Department at Crocker Park to serving various department roles before being promoted to Senior Vice President of Commercial Operations. Krista oversees operations for Stark Enterprises’ 30+ commercial properties, with tasks including budgeting, staffing, project management, contracting, mass purchasing, operating procedures, and more. Krista graduated with a Bachelor’s degree in Landscape Horticulture from The Ohio State University, and has expansive knowledge and expertise in the horticulture industry.

Krista’s most prized role is being a mom! She has five children and enjoys watching them play sports and grow up as young adults. In free time, Krista loves running and being outdoors in nature. 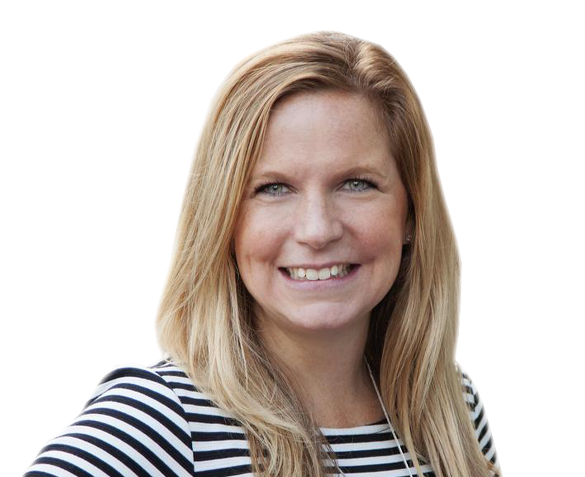 Stacie spearheads all marketing efforts, activating the corporate and property brands within the marketplace through engaging events, local advertising campaigns, public relations outreach, creative promotions and digital initiatives. In this role, she leads all media relations outreach and response, evaluates and negotiates sponsorship and partnership opportunities and acts as project manager for all corporate and property related marketing requests.

Stacie is from Canton, Ohio and received her BA in Marketing & Management at Kent State University. She currently lives in Lakewood, Ohio with her daughter. 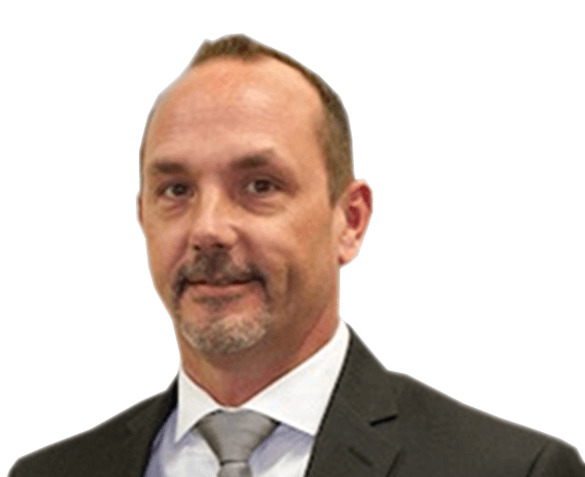 Jon leads Stark Enterprises construction arm, Arbor Construction, in all projects and developments throughout the portfolio. Spanning over ten states and ranging from residential to commercial, Jon oversees all the pre, post and current construction and project management.

Jon has over 30 years of construction experience in building and preserving over a billion dollars in assets ranging from commercial to office and residential multi-family, Jon brings a wealth of knowledge to the Arbor team. 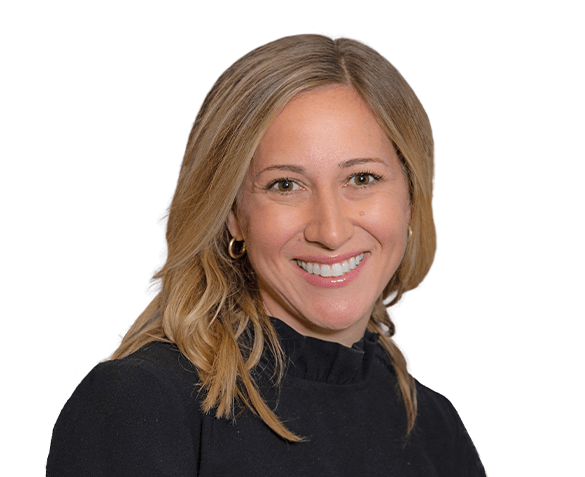 Sarah completed the majority of her undergraduate coursework at the University of Wisconsin, Madison and graduated from Cleveland State University. She also received a Master’s in Urban Planning, Design and Development and Juris Doctor from Cleveland State University and is admitted to practice law in Ohio. Prior to joining Stark Enterprises, she served in various capacities in the real estate industry in both the private and non-profit sectors.

Currently, Sarah lives on the near-west side of Cleveland with her husband and children.

Since joining the Stark team in 2014, Jay has been an integral part in the implementation and growth of development and tenant coordination projects spanning, over all properties under the portfolio. Currently, he serves as Vice President of Development leading the department in overseeing all new development, entitlements and tenant construction projects, budget development, consultant management and leading the overall team from project inception to completion.

Jay has an extensive background in architecture and commercial/residential development, holding key roles in business management, design/construction coordination, project development and budget control. He graduated from Kent State University with a bachelor’s degree in Architecture and currently lives in Bay Village, Ohio and is a part of the International Council of Shopping Centers (ICSC). 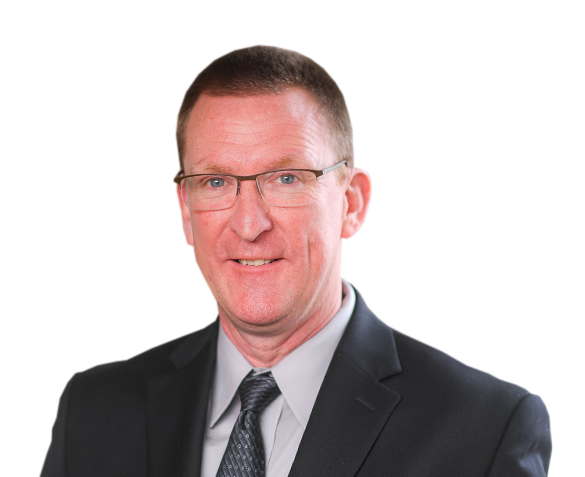 Sean joined the Stark Enterprises’ team in 2018 as Director of Security and Loss Prevention, taking responsibility for all safety and security functions across the portfolio. He now holds the role of Vice President of Security and Loss Prevention, where he leads a team of in-house security and safety managers, as well as numerous security personnel at the company’s diversified mix of commercial and residential properties. Sean’s strengths in the field include surveillance equipment and CCTV, access control, and proactive security planning. Additionally, Sean brings with him numerous professional relationships with leaders in the public safety community around Ohio and beyond.

Prior to joining Stark Enterprises, Sean had a 25-year career in law enforcement, cumulating as a Captain with the Cleveland Metroparks. In addition, Sean has served in a leadership capacity on the board of the Polaris Police Academy, Ohio Narcotics Officers, as well as numerous other law enforcement and safety organizations.

Sean and his wife reside in Strongsville. In his free time, he enjoys fishing, traveling, cooking, home improvement projects, and reading about history.